In a result that should surprise no one, the Greeks voted to reject European demands for additional austerity measures as the price for providing funds to allow Greek banks to operate. There are three reasons this should have been no surprise. First, the ruling Coalition of the Radical Left, or Syriza party, is ruling because it has an understanding of the Greek mood. Second, the constant scorn and contempt that the European leadership heaped on the prime minister and finance minister convinced the Greeks not only that the scorn was meant for them as well but also that anyone so despised by the European leadership wasn’t all bad. Finally, and most important, the European leadership put the Greek voters in a position in which they had nothing to lose. The Greeks were left to choose between two forms of devastation — one that was immediate but possible…

This site uses Akismet to reduce spam. Learn how your comment data is processed. 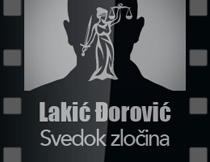