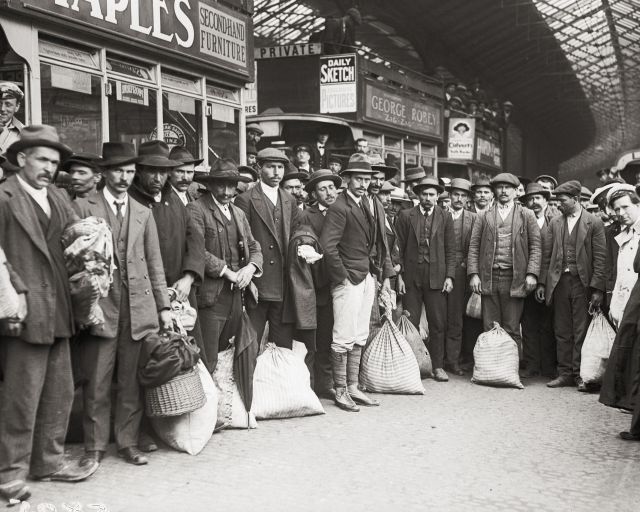 Portuguese workmen set off to France from London to look for employment in June 1917. (TOPICAL PRESS AGENCY/Getty Images)

In recent weeks, the massive arrival of asylum seekers opened a debate about the economic and political repercussions of immigration in Europe. The discussion is not entirely new. Traditionally, migrations in and out of Europe have shaped the Continent. Merchants, artists and intellectuals moved between European countries to practice their trade. British, Dutch, Germans and Swedes also immigrated to the United States, while Spaniards and Italians sought South America. Europe has had its fair share of population displacements as well: Russians moved to Western Europe after the Bolshevik revolution, and Greece and Turkey exchanged parts of their populations after World War I.

END_OF_DOCUMENT_TOKEN_TO_BE_REPLACED

The consequences of the war that Adolf Hitler started 76 years ago were almost entirely unintended.

Happenstance has brought me today to a house on the Austria-Germany border, just south of Salzburg. That puts me about 3 miles from the German town of Berchtesgaden, on the German side of the border. Adolf Hitler’s home, the Berghof, was just outside the town, on a mountain in the Bavarian Alps. To the extent that Hitler had a home, this was it, and it was the place where Hitler met with many notables, particularly before the war began. END_OF_DOCUMENT_TOKEN_TO_BE_REPLACED