On April 3, the Panama Papers hit media outlets around the world, and the fallout was swift. A prime minister lost his job, and other global leaders are under mounting pressure to account for their actions. But the effects of the leaks are not evenly spread; the documents contained far more information about the offshore activities of individuals in the developing world than in the developed world. Whatever the reasons for the imbalance, it will likely limit the papers’ impact. In the developing world, long histories of corruption have dulled the public’s sensitivity to scandal, and repressive governments leave little room for popular backlash. END_OF_DOCUMENT_TOKEN_TO_BE_REPLACED

As the departure of Russian forces from Syria announced March 14 continues, evidence of construction at Russia’s main air base in the country demonstrates Moscow’s intention to maintain a military presence there. Imagery dated March 17 acquired by Stratfor of the Bassel al Assad air base in Latakia province and the naval base at Tartus highlights the ongoing Russian drawdown of its forces in Syria that Moscow contends will be largely completed by March 20. END_OF_DOCUMENT_TOKEN_TO_BE_REPLACED

END_OF_DOCUMENT_TOKEN_TO_BE_REPLACED

Last week, a coalition of predominantly Sunni Arab countries, primarily from the Arabian Peninsula and organized by Saudi Arabia,launched airstrikes in Yemen that have continued into this week. The airstrikes target Yemeni al-Houthis, a Shiite sect supported by Iran, and their Sunni partners, which include the majority of military forces loyal to former President Ali Abdullah Saleh. What made the strikes particularly interesting was what was lacking: U.S. aircraft. Although the United States provided intelligence and other support, it was a coalition of Arab states that launched the extended air campaign against the al-Houthis.

Three things make this important. First, it shows the United States’ new regional strategy in operation. Washington is moving away from the strategy it has followed since the early 2000s — of being the prime military force in regional conflicts — and is shifting the primary burden of fighting to regional powers while playing a secondary role. Second, after years of buying advanced weaponry, the Saudis and the Gulf Cooperation Council countries are capable of carrying out a fairly sophisticated campaign, at least in Yemen. The campaign began by suppressing enemy air defenses — the al-Houthis had acquired surface-to-air missiles from the Yemeni military — and moved on to attacking al-Houthi command-and-control systems. This means that while the regional powers have long been happy to shift the burden of combat to the United States, they are also able to assume the burden if the United States refuses to engage. END_OF_DOCUMENT_TOKEN_TO_BE_REPLACED 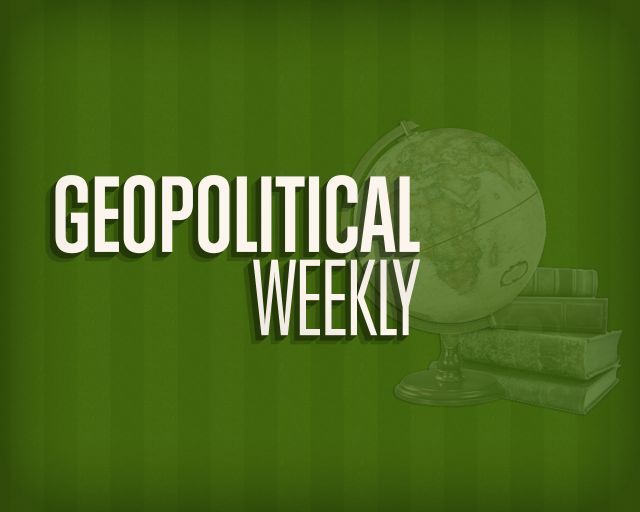 Israeli Prime Minister Benjamin Netanyahu is visiting the United States this week to speak to Congress on March 3. The Obama administration is upset that Speaker of the House John Boehner invited Netanyahu without consulting with the White House and charged Boehner with political grandstanding. Netanyahu said he was coming to warn the United States of the threat of Iran. Israeli critics of Netanyahu charged that this was a play for public approval to improve his position in Israel’s general election March 17. Boehner denied any political intent beyond getting to hear Netanyahu’s views. The Obama administration claimed that the speech threatens the fabric of U.S.-Israeli relations.

END_OF_DOCUMENT_TOKEN_TO_BE_REPLACED

The Middle East is one of the most volatile regions in the world — it is no stranger to upheaval. The 2009 uprisings in Iran and the brinksmanship of Mahmoud Ahmadinejad’s government were followed by the chaos of the Arab Spring, the spillover of the Syrian conflict into Iraq and a potential realignment of the U.S.-Iranian relationship. Unlike recent years, however, 2015 is likely to see regional Sunni Arab interests realign toward a broader acceptance of moderate political Islam. The region is emerging from the uncertainty of the past half-decade, and the foundations of its future are taking shape. This process will not be neat or orderly, but changes are clearly taking place surrounding the Syrian and Libyan conflicts, as well as the region’s anticipation of a strengthened Iran.

END_OF_DOCUMENT_TOKEN_TO_BE_REPLACED

Last week I flew into Moscow, arriving at 4:30 p.m. on Dec. 8. It gets dark in Moscow around that time, and the sun doesn’t rise until about 10 a.m. at this time of the year — the so-called Black Days versus White Nights. For anyone used to life closer to the equator, this is unsettling. It is the first sign that you are not only in a foreign country, which I am used to, but also in a foreign environment. Yet as we drove toward downtown Moscow, well over an hour away, the traffic, the road work, were all commonplace. Moscow has three airports, and we flew into the farthest one from downtown, Domodedovo — the primary international airport. There is endless renovation going on in Moscow, and while it holds up traffic, it indicates that prosperity continues, at least in the capital. END_OF_DOCUMENT_TOKEN_TO_BE_REPLACED

A bargain, forged in the fires of 2012’s economic emergency, has defined the European Union for the past two years. It was an agreement made between two sides that can be defined in several terms — the center and the periphery, the north and the south, the producers and the consumers — but essentially one side, led by Germany, provided finance, while the other, fronted by Spain, Portugal, Ireland and Greece, promised change. In order to gauge this arrangement’s chances of ultimately succeeding, it is important to understand what Germany was hoping to achieve with its conditional financing. The answer to that question lies in Germany’s own history. END_OF_DOCUMENT_TOKEN_TO_BE_REPLACED

Europe’s economic crisis is slowly but steadily eroding the political systems of many countries on the Continent. New actors are emerging and threatening the supremacy of the traditional players. Alliances and events that seemed impossible only a few years ago are now being openly discussed across Europe. On Dec. 3, for example, Sweden announced it would hold early elections, partially because of political moves from the far right. In Spain, the ruling center-right party is openly discussing the possibility of entering an alliance with its traditional center-left rivals to prevent a protest party from taking over. Key members of the European Union, including Sweden, Spain, the United Kingdom and possibly Greece, will hold elections in 2015. In most cases, these countries will see outcomes nobody would have thought possible in 2008. END_OF_DOCUMENT_TOKEN_TO_BE_REPLACED

Europe is overcrowded with people and with nations. Six decades ago, the need to suppress the dangerous forces of nationalism led to the unprecedented political, economic and social experiment now known as the European Union. The hundreds of thousands of EU citizens working across the Continent and the lack of border controls between member states show that the experiment has been successful in many ways. However, rising nationalism, pervasively high unemployment and a growing sense of frustration with governing elites also highlight the serious limitations of the European project. Over the past 12 months, I have traveled extensively throughout Europe, observing firsthand how the global economic crisis is reawakening dormant trends along the Continent’s traditional fault lines. END_OF_DOCUMENT_TOKEN_TO_BE_REPLACED